9 Comments Posted by Christine on November 8, 2010 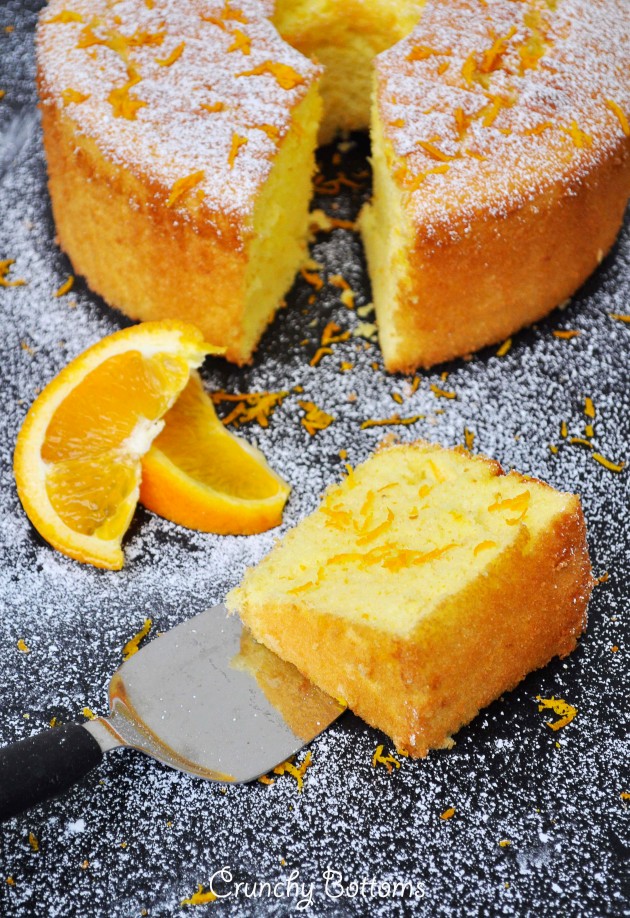 I bake alone. I cook alone.

I get in the zone when I’m in the kitchen. I may have a frown on my face as I grate orange zests, sigh more than a couple of times when I spill stuff, but I’m fine.

I’m around food. What could be better?

Now mommy used to make mind-blowingly springy, moist, fragrantfragrantfragrant orange chiffon cake back when I wouldn’t even venture a step near the stove and when we only had a tiny convention-microwave oven. Since then, she’s started working full-time again, and I’ve all but declared utter Kitchen Domination (during the scant hours when I’m not bleeding my eyes out writing reports – which is never, now) with the arrival of the oven and sharp knives. Mommy’s been staying away from me when I’m banging pots and pans.

That was until my incessant mewling for her chiffon cake eventually tore her away from her Cantonese dramas long enough to whip together my favourite recipe of hers.

She went back to her dramas immediately after. I remained in the kitchen.

My brother wasn’t very happy that there was just half a cake left by the time he wandered into the kitchen – which then mysteriously disappeared after he left. That was a cake 10-inch in diameter, 5 inch in height mind you.

This is one of those cakes that literally beckons to you and have you plaster your face to the glass window of the oven for the entire 35-40 minutes that it is baking.

Mommy did everything, but not just because I was taking pictures or that I was being a brat.

Imagine this: Mother and daughter in the kitchen making a cake.

You would think there would be it’ll be all sunshine and butterflies, ethereal clouds of icing sugar and singing oranges. Ok, maybe not the singing oranges, but you get my drift. You know, picture a scene of the Hogwarts kitchen, with the house elves doing their mumbo jumbo – something to that effect.

But here’s what happened:

“Don’t use that spring weighing machine, it’s old and inaccurate! I bought the electric one for a reason!”

Mommy clucks her tongue. “I always use this. I like it. You bought your electric one you use it next time.”

And then a couple a minutes would pass.

“Use the slotted spoon to separate the egg yolks la, so much easier.”

Mommy’s about to ban me from the kitchen. “I like to use this spoon cannot ah.” 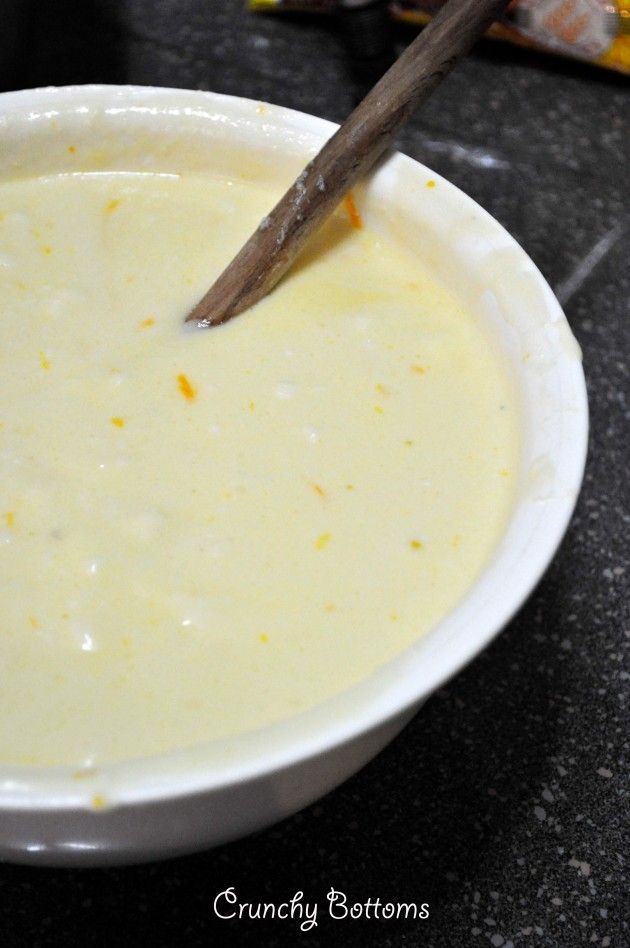 And of course I spent most of my time grating oranges since we couldn’t come to a common consensus whether to use the spatula or a wooden spoon to fold in the mixture, whether to use castor sugar or normal sugar, canola oil or olive oil, 160C or 170C for the oven, sugar in the egg whites or not, cake flour or sponge cake flour.

I think she was ready to sever all ties and disown me if I made all but another squeak.

Then again she couldn’t stand how I was squeezing the oranges ‘like a barbarian’.

As long as the job gets done.

So the cake emerged after a half an hour or so, resplendent in its golden brown sheen…

…and then we began arguing over the best method for cooling it. 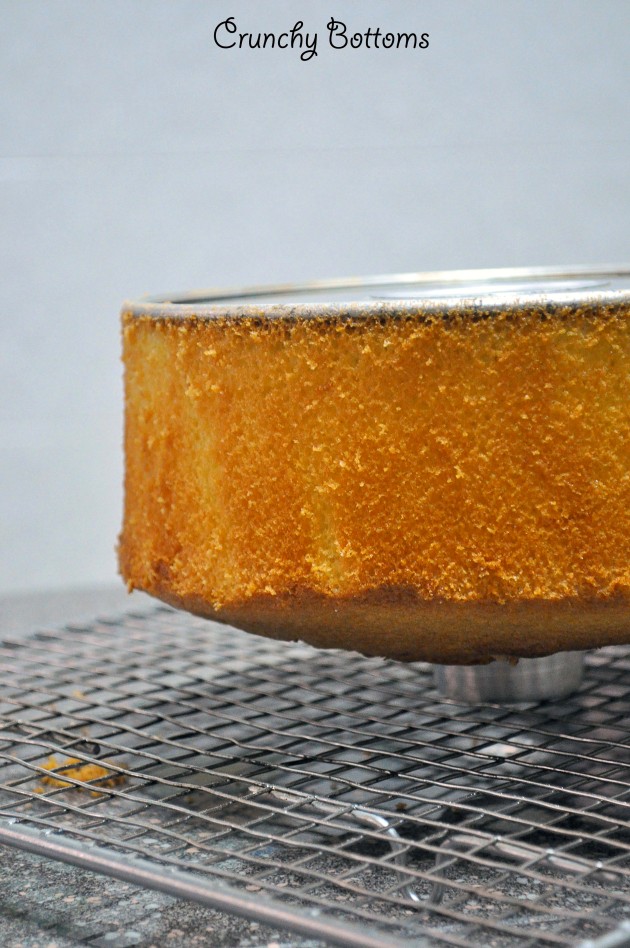 Mine: upside down, empty wine bottle

Well Rose Levy Beranbaum, author of The Cake Bible, told me to use a wine bottle here. I am inclined to do as she says. Laugh all you want. Har de har har.

By the way, just in case any of you were worried that Mommy’s and my relationship was permanently scarred after this bout of hemming and hawing over a cake, we’re fine. She still loves me very much.

She’ll just steer clear of the kitchen when I’m in it.

3. In another mixing bowl, add the orange juice, oil and egg yolks together. Whisk to form a smooth mixture.

4. In a stand mixer (which is highly advisable unless you have arms of steel), beat the egg whites in low speed, gradually adding in the castor sugar and cream of tartar until glossy, stiff peaks form.

5. Create a well in the flour mixture and add the liquid mixture a little at a time. Using an electric mixer, beat the batter till smooth, about 30 seconds. Be careful not to overmix.

6. Gradually fold the foamy egg white mixture into the batter, starting with 1/3 of the mixture and then all till a uniformly pale orange batter is reached. Take your time, trying not to lose the air that you’ve whisked into the egg white mixture.

7. Bake in the preheated oven for 40 minutes, checking regularly. The cake is done when a satay-stick (because the cake is ginormous) inserted into the middle comes out with only some crumbs.

8. Cool the cake by inverting the pan in an upright wine bottle**(See Notes). Cooling may take between 1-2 hours. Don’t rush the cooling process or the golden brown sides of your cake will tear when you remove it.

9. Once cooled, go around the edges of the pan with a knife, pressing it firmly to the side and moving in a up and down motion so separate the cake from the pan.

*My mom likes to use the Super Sponge Cake Mix from Redman/Phoon Huat, and it gives the cake a wonderfully soft texture. The mix (which comes in a yellow packaging) already contains sugar, so omit the amount of sugar required in the above recipe and just substitute the cake flour with sponge cake mix (260g).

**It’s odd, yes I know. And highly dangerous especially if you have klutzy tendencies like I do. The purpose of inverting the cake pan from such a height is so that the steam doesn’t condense on the surface of the cake, and since this cake rises pretty high, inverting it will allow it to stretch to its maximum fluffy height instead of compacting. I’ll try Rose’s Orange Chiffon recipe next time. The one in her video looks gorgeous.