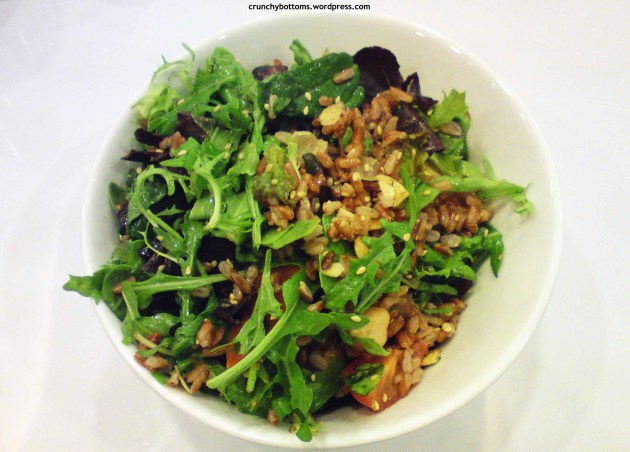 I met up with Ash on Tuesday after work and we traipsed down to our current favourite salad bar at Citylink , Mescluns. Maybe it’s a new fad (like the horrendous bubbletea period almost half a decade ago) that salad bars are popping up all over town like deranged weasels. I’d like to think that the owners have caught whiff of the lingering smell of doom that’s settled over fast food joints and have leapt onto the health bandwagon that has left many dazed Singaporeans in it’s wake. Alright, so it’s not possible that fast food restaurants ever leave without a trace because heaven knows the percentage of the economy that is fueled by them. I’ve weened off fast food (Subway and Yoshinoya don’t count) for more than a year now and have proudly bid adieu to Sausage McMuffin with Egg, Double Cheeseburger, Hash Browns, Mushroom Swiss Double meals, Bendito Pocket, Cheese Fries and Long John’s fries. To think that I used to knock off a McDonald’s Happy Meal every Saturday of the week when I was five or so.

If I am going to fork out $6 or more on a meal when I’m out, I’m not going to pay for food that has been frozen, tossed about disrespectfully in the kitchen (or what passes off as a kitchen), chucked into a deep fryer and put together so hastily that the concept that one is preparing food to feed fellow homosapiens seems utterly foreign.

I will not eat food – as in consume, ingest, partake!- that has not been given proper loving.

There’s better food out there for crying out loud!

Oliver’s gonna call me up the moment he reads this.

Dude, it’s not rabbit food. Even if it is, I think I’m one helluva lucky rabbit.

That aside, I have issues with making decisions. When I look at this post again in the future, I’m going to be reminded of how I chose to invest in an 8mp camera phone instead of a compact camera. The Macro mode just might as well be re-named Macro-blurry mode and the white-balance options can barely save a picture. When my post-production work for pictures reaches an abrupt halt because no amount of adjustments can remove the incredible noise/ grainy-ness the bloody camera has captured under perfect light, I know I made the wrong decision.

At least Mescluns takes the pressure of decisions a little.

See, I have a problem. I love food. I love food so much that when I open a menu, I sit stunned and silent as I flip through every single page for more than ten times before I put it down five minutes later and stare blankly into space. For any person who has eaten with me, kudos to you. I must declare my undying gratitude for tolerating me when I take ten minutes to decide between the grilled lamb rack and smoked snapper and then fidget incessantly for the next fifteen minutes, paranoid that I didn’t make the most budget and waist friendly choice.

I get stressed you see. Tis but a horrible affliction upon my soul!

Mescluns is a life-saver. Pick your choice of salad size and you’re off to select your very own salad mix from chickpeas to couscous, feta to blue cheese.

I’d write a full review on this, but the lack of quality pictures is depressing. I’ll return with another proper post the next time I head down to Mescluns for my salad fix. 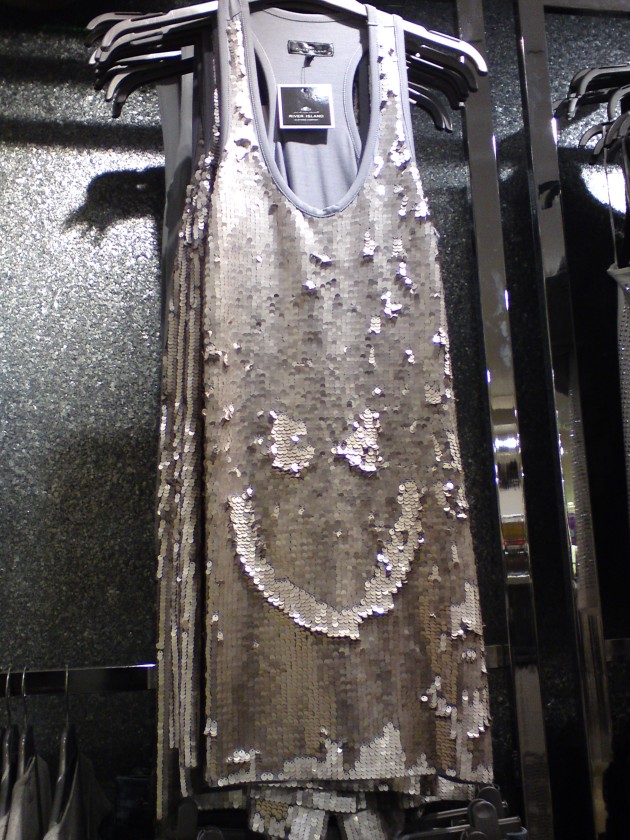 Fooling around in River Island.